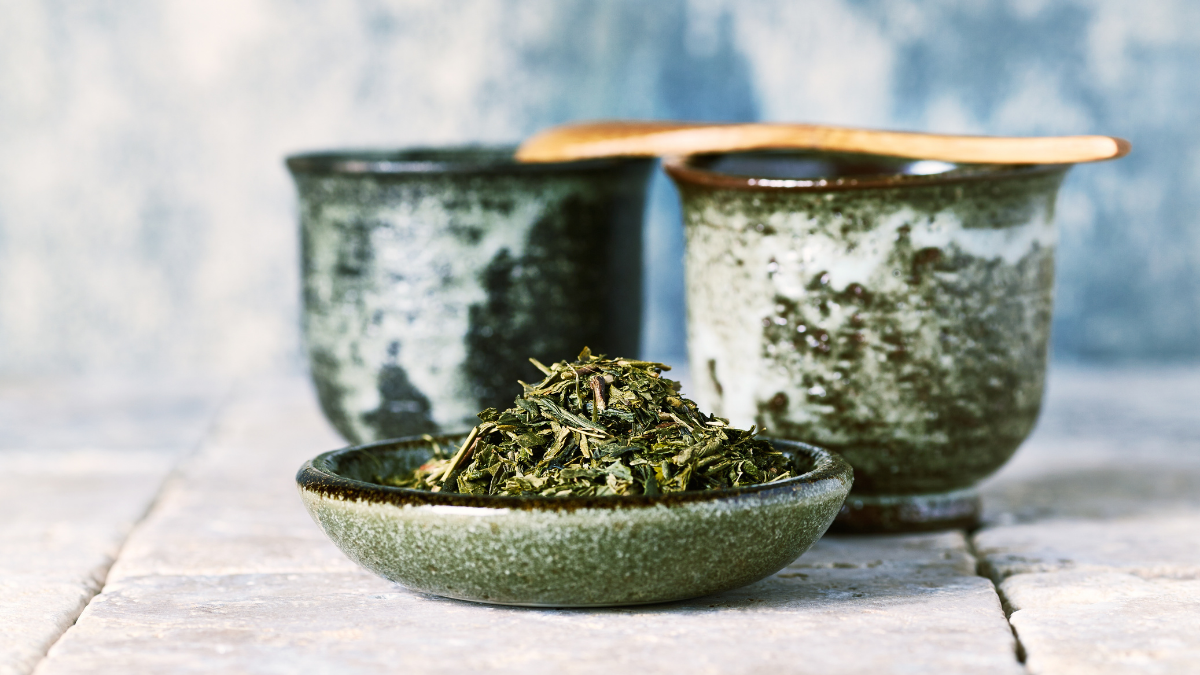 It’s time to talk tea! Today we’re diving into green tea vs kratom debate! Before synthetic drugs were commonly available, people around the world relied on the therapeutic properties of various plants and herbs.

They took advantage of the naturally occurring health positive compounds within them like THC & terpenes to address pain, help them rest, and manage other symptoms of internal imbalance. These natural remedies were often dried and ground into powders (which were taken as is or compressed into single-dose pellets), or brewed into teas and tonics. Of these many herbs, we’re going to be focusing on green tea vs. kratom.

After water, tea is the second most consumed beverage in the world, according to a report from the International Institute of Sustainable Development (IISD). Two teas that have stood the test of time — and are still used regularly for their curative potential despite the numerous synthetic therapeutics available today — are green tea and kratom.

In this post, we’ll discuss what green tea and kratom are, some of their similarities and differences, as well as their historical uses/roles in self-care.

What is Green Tea?

Many teas are brewed with dried leaves that come from the Camellia sinensis bush. Green tea uses unoxidized leaves from this bush and requires minimal processing. This is why it retains large quantities of Vitamins and beneficial polyphenols.

For centuries green tea has been hailed for its potential health benefits. Many consumers simply view it as a low calorie alternative to coffee, but it reportedly has a range of other benefits. Green tea is one of the most antioxidant-rich teas available. These may act as cellular barriers, stimulate collagen production, and help block free-radicals.

Other consumers turn to green tea as an aid during their weightloss journey. It is believed that the catechins and caffeine in green tea work together synergistically to boost metabolism.

Kratom is a common name for the Mitragyna speciosa tree that is native to parts of Southeast Asia including Thailand, Malaysia, and Indonesia. It’s an evergreen from the Rubiaceae family that coffee plants are also part of.

Native people have historically brewed its leaves for tea or chewed on them to benefit from their purported energizing and pain releasing properties.

In southeast Asia, Kratom is traditionally used to help with ache management, low energy, and cough. One of the reasons it’s recently become no popular in the West is its potential as an alternative to standard western solutions.

However, after becoming popular in that niche, it is quickly spreading among those looking for another herb to add to their daily ritual.

A growing number of people are drinking kratom tea as they would a coffee, casually and functionally. Kratom has a diverse range of effects.

Leaves vs Powder: Which Form Is Best?

Green tea and kratom can be purchased as dried leaves or in powder form. Though brewing the dried leaves unlocks the health potential users are after, many people still swallow it in powder form. When you swallow the leaf powder, you put everything from that leaf into your body.

Some of that material is insoluble plant fiber that will not digest. Still other material may contribute to an upset stomach. However, people vary in their preference. For Camellia sinensis, some prefer matcha (swallowing the leaves) while others prefer steeping and only drinking the water.

For kratom, people usually swallow the powder entirely out of convenience, and not as a flavor preference.

Like Camellia sinensis, kratom was first chewed or eaten. We first chewed on the leaves out of convenience, but as time past we learned we could improve our overall experience by steeping them in water to drink without swallowing plant matter.

Both green tea and kratom originate from parts of Asia. For centuries, these teas have been enjoyed like any other local food. Though they’re common to different regions, they do have some similarities.

The leaves used for green tea and kratom tea are easily distinguishable, but their commonly used pulverized forms (matcha & kratom powder respectively) are both a light pistachio green color and look almost identical.

The leaves of C. sinensis grow on short shrubs, and are small and densely packed on the bush. Kratom, on the other hand, grows on trees that can reach 80 feet tall with leaves bigger than American footballs. It is easy to tell the difference when looking at green tea vs. kratom leaves.

C, sinensis flowers are flat, white and have five petals with a bunch of stamens protruding from the center. M. speciosa, however, has a spherical, spiky flower that is a dark yellow, golden tone.

Both green tea and kratom have traditionally been used for their ability to help with alertness and to stave off weariness. Both plants play a robust role in the local pharmacopeia of their natural regions as well. The reputed therapeutic effects have long been accepted in the cultures where they originate.

Western, scientific confirmation of these therapeutic effects have been slow to come. Still, there is great potential for their acceptance into the western world of medicine.

It’s true that green tea and kratom have some uses in common, but there are some key differences that might help consumers decide between green tea vs. kratom.

Green tea and matcha both have a light bitterness. Kratom tea, however, is several degrees more bitter than green tea. In regards to bitterness, it is closer to a dark roast espresso than the light bitter tang of a green tea.

For green tea vs. kratom, however, the ways you can spruce up your brew are very similar. Both go great with spices, some honey, or a dash of oat milk.

Though both are said to have energy boosting properties and help with wakefulness, their active alkaloids are different.

Green tea relies on caffeine, a methylxanthine alkaloid, for its stimulant properties. Caffeine is classified as a central nervous system stimulant and has psychotropic & anti-inflammatory properties.

Kratom can be strongly energizing while being completely different than black tea, green tea, or coffee. It has no caffeine in it. Its active compounds are mitragynine, 7-hydroxymitragynine, speciogynine, and many others.

These mitragynine-like alkaloids are responsible for the felt properties of kratom. The effects of these alkaloids vary depending on how much of them are present in your kratom tea.

For green tea vs kratom, both are remarkably safe. Because the primary active ingredients of green tea are caffeine and L-theanine, users report that they can have multiple cups in succession before experiencing any unwanted side effects.

For green tea, these side effects depend on your tolerance to caffeine. When you take too much, you can become nauseous, jitty, anxious, sweaty, dehydrated or have a headache.

Kratom tea is like green tea. It is very pleasant unless you drink too much. For those new to kratom tea, it is best to stick to one tea bag with three grams in it. It is always possible to drink more later.

If you drink too much kratom tea, you can become dehydrated, dizzy, or nauseous. Luckily, these symptoms will disappear quickly if you rehydrate and rest.

Long History of Safe Use

For centuries, green tea has been praised as a beverage for health. It has long been part of both Chinese and Indian traditional medicine. Tea from the C. sinensis has been drank by billions of people with little issues arising.

Kratom has been in use for at least 350 years in Southeast Asia. Over the years, people have continued to use it to help them with productivity as well as for therapeutic purposes. Workers who didn’t have time to sit down to a cup of tea would even chew on its leaves for their energizing effects.

Both green tea and kratom have their own merits and are worth considering as an alternative therapeutic or supplement to conventional treatments. However, everyone’s body is different.

It’s highly recommended that potential consumers consult with their physician before adding green tea or kratom to their regimen in order to minimize the risk of adverse reactions.

Where to Buy? Green Tea vs. Kratom

Green tea is available almost everywhere. You can buy cheap tea bags at any big box retailer, or you can find premium green tea in local boutiques or online.

When shopping for kratom tea, you’ll want to make sure you’re getting quality, lab tested kratom. Preferably in crushed leaf form and not powder. Even better, if you can get them in tea bags you’ll make your kratom tea experience much more enjoyable in the flavor department. 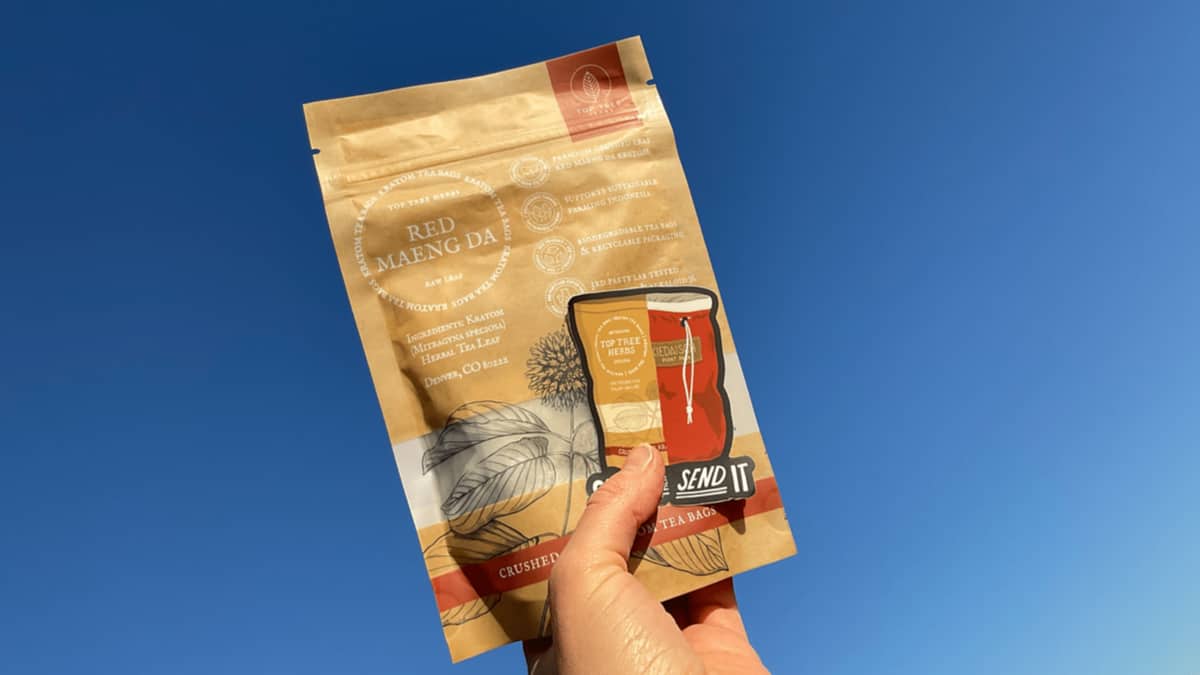 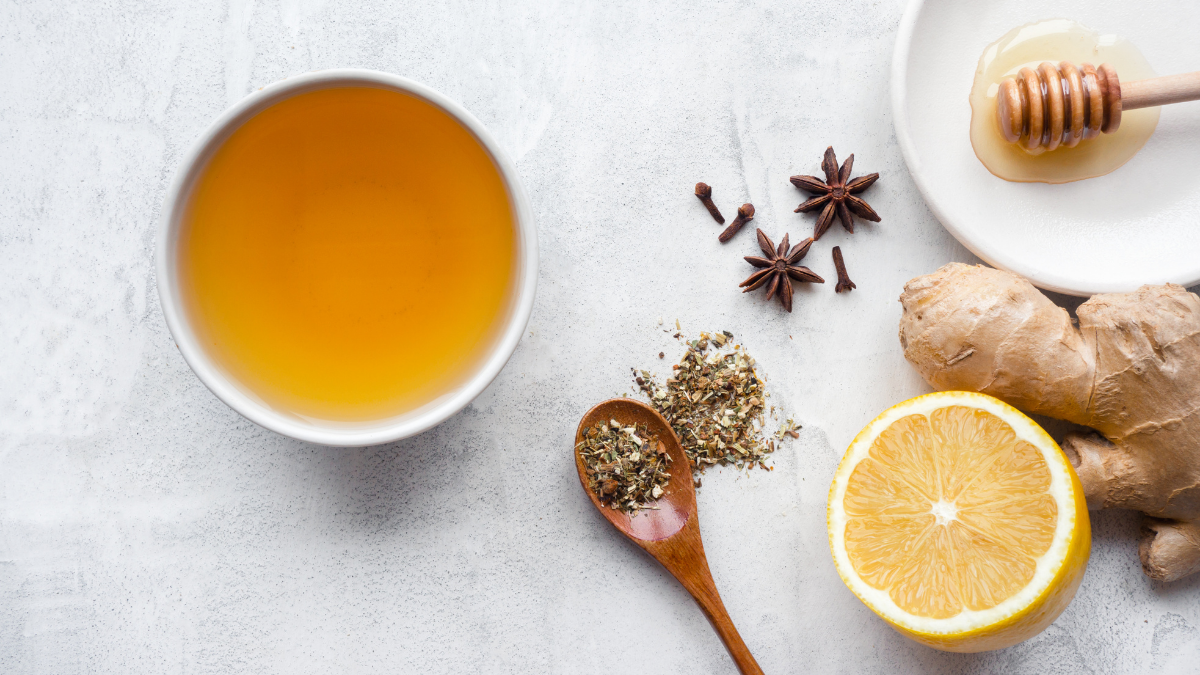 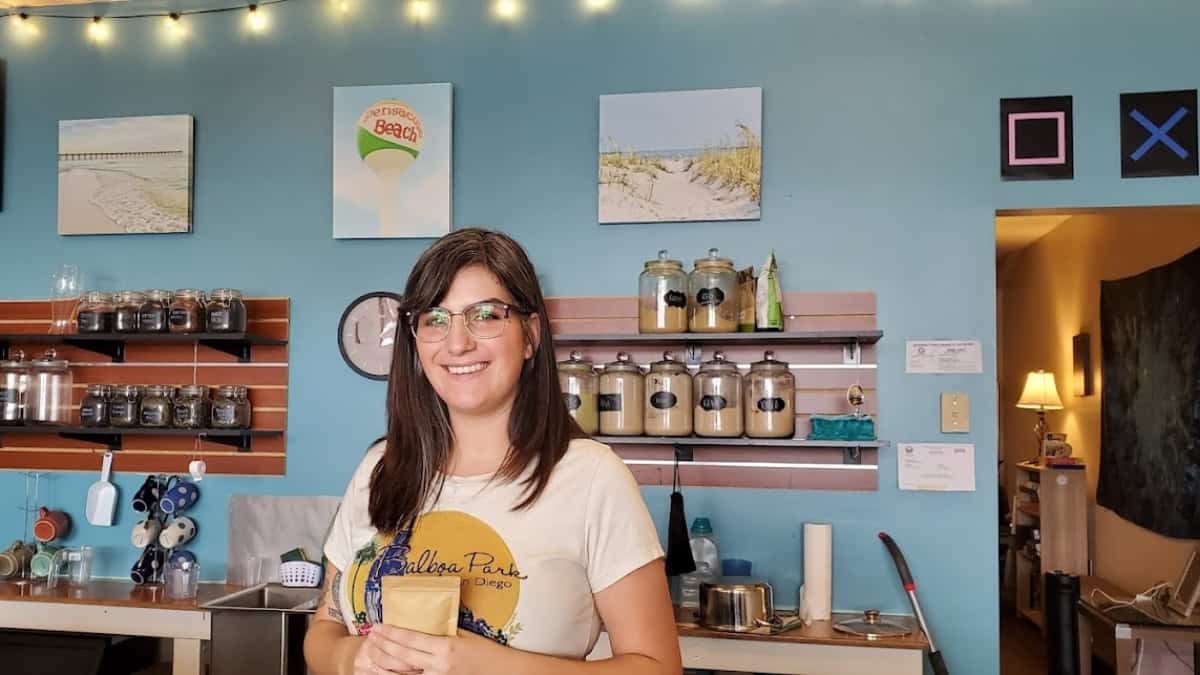 What to Order at a Kava Bar