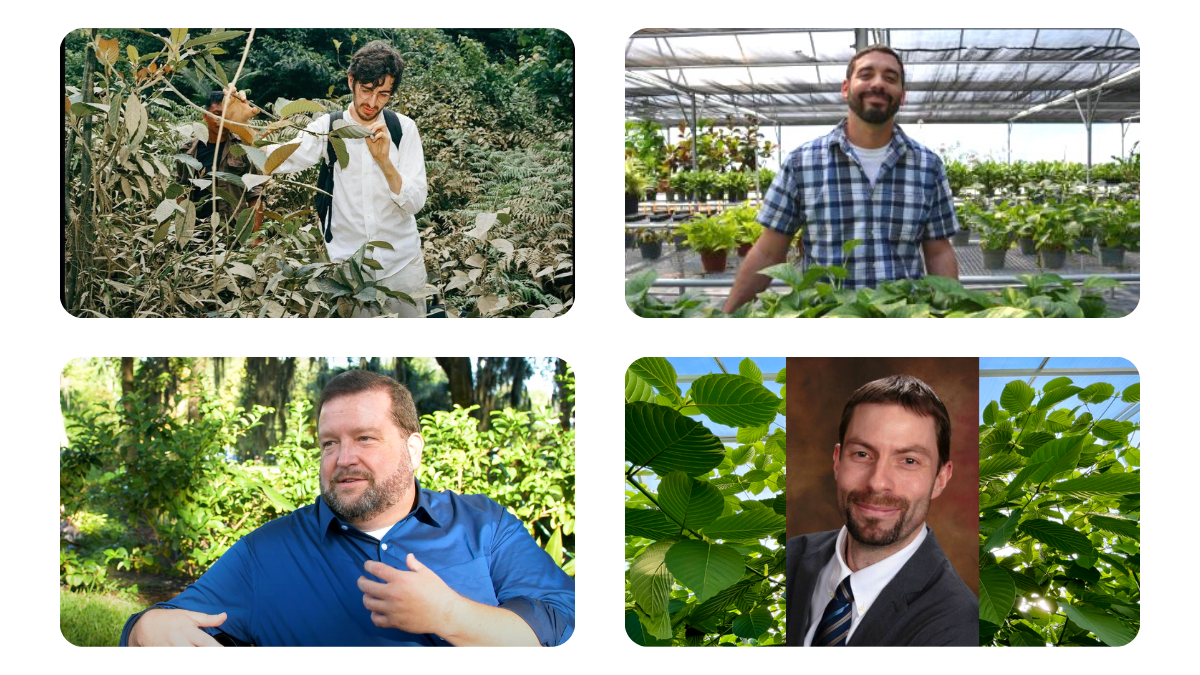 We’re thrilled to share the latest iteration of Hamilton Morris ‘s engagement with the world of kratom! A little background: the conversation around kratom tea is rapidly evolving.

What was once a conversation paralyzed by various scheduling attempts has blossomed into an exciting arena for scientific discovery.

On today’s podcast, Hamilton speaks with the global leaders in kratom research. Based out of the University of Florida, Dr. Chris McCurdy, Dr. Oliver Grundmann, and Dr. Brian Pearson have taken the reins of the conversation and have affixed themselves as the go-to kratom educators and researchers.

The WHO decision was still pending when Top Tree first started working on organizing this conversation between the titans of the field. We wanted the conversation to center around encouraging activism and spreading education amidst an ocean of misinformation.

With luck, the conversation took place in a much friendlier context. The WHO had announced that kratom was not a threat, and that there would not be a global kratom ban.

As a result, the conversation took on a new, and unexpected tone. Hamilton Morris, formerly a filmmaker, is now a laboratory research chemist. He’s currently working on drug discovery of novel tryptamine psychedelics at the University of the Sciences in Philadelphia.

Presently, the DEA is working to schedule five tryptamine psychedelics. This is part of their continuous, slow ramping up of the war on drugs. This is all despite the FDA approval of psychedelic tryptamines for stage three clinical trials this year. Ironically, the DEA signed off on the legal production of millions of doses of these psychedelics within the past year as well.

Dr. Chris McCurdy had presented an argument to the WHO in the most recent ban attempt. With this new – and rather unexpected – context for the discussion, Hamilton begins by asking the scientists why they believed that kratom alone has been unique in defeating scheduling attempts.

Almost every time the DEA announces plans to schedule something, it’s eventually scheduled. Even if the substance has a shining health record (cannabis), or pronounced therapeutic potential (MDMA), or a long tradition of safe use (khat), the DEA has historically served as judge, jury, and executioner.

As you listen to the conversation, you’ll quickly see how complex and relatively unstudied kratom is. The story of kratom is profoundly interesting and ever-evolving. Thousands of years ago, kratom began to be used as an everyday tea in South East Asia. It’s still used in that context today.

Like a cup of tea or coffee, people enjoy kratom tea for its taste and how it makes them feel. We often compare kratom tea to coffee. Comparisons can be made between kratom and other plants like ginger.

Without question, ginger is a food product. Ginger is often added to food or brewed into tea. Most people enjoy ginger for just its flavor. Its subtle physiologic effects tend are an additional benefit.

You can find examples of other seemingly mundane plants that have a whole host of benefits if you look through the long history of traditional Chinese medicine. Ginger, for example, has long been an important tool in the TCM pharmacopeia.

The distinction between food and medicine is often culturally relative. In some regions, a particular plant may be considered a food used in everyday cooking, whereas in other regions the same plant is considered a medicine, only to be used when faced with some sickness or discomfort.

So whenever Hamilton, Dr. McCurdy, Dr. Grundmann, and Dr. Pearson engage in a conversation about the pharmacology of kratom alkaloids, it’s a shining example of how a plant can teeter definitionally between food and medicine. Ginger shares this fuzzy demarcation, as does coffee, garlic, coca leaves, cocoa, etc. This distinction is not one that will ever truly be defined, because it’s entirely relative to time and place.

But pragmatically, the easiest distinction is that kratom tea, with thousands of years of consumption as a food, is certainly a food product. Whereas alkaloids extracted and purified from kratom, prescribed at quantities far greater than occur in a typical cup of tea, lie closer to the sphere of medicine.

Kratom Strains, Veins and the Truth

The podcast discussion transitioned from the pharmacology of the various kratom alkaloids to how they manifest in the natural environment.

For example, when kratom tea is traditionally sold in open air bazaars, the quality marker for the locals is whether or not they get a slight tingling sensation in their mouth from the tea.

As Dr. Chris McCurdy has never been able to elucidate an alkaloid responsible for this marker, he suspects that the alkaloids may be a red herring and distracting from another chemical class which also plays a role.

Interestingly, McCurdy notes, the locals will not drink kratom tea that is older than 48 hours. Yet he analyzed the alkaloids in tea over long periods of time without noticing any degradation.

7-OH-Mitragynine and Alkaloids by Cultivar

This dovetails into the always exciting realm of 7-OH-mitragynine speculation. 7-OH is so well known because it’s used by the DEA as one of the reasons kratom was a threat to society.

Ironically, Dr. McCurdy, Dr. Grundmann, and Dr. Pearson have never found 7-OH-mitragynine in a kratom tree before. In doing their research, they’ve also found that each kratom tree will generally produce its own unique ratio of kratom alkaloids.

Even going so far as to analyze trees growing in the same plantation, and thus similar nutrient and solar availability, they’ve found cultivars without mitragynine as well as cultivars with extremely high levels of it.

The common narrative among kratom vendors is that vein color and strain name correlate with a consistent quality and effect. As goes to show by this conversation with Hamilton Morris, that old marketing scheme no longer holds water.

To get the best idea of what effect kratom tea will have, you would want to look at the varying ratio of different alkaloids. And even that, given Dr. McCurdy’s hypothesis concerning non-alkaloidal mediated effects, is likely too little information.

As you may know, we founded Top Tree Herbs on the principle that kratom tea bags are a normalizing force for kratom. Soren, one of our co-founders, was Hamilton Morris’s producer for the third season of Hamilton’s Pharmacopeia before starting Top Tree Herbs with Sam.

Sam, our other co-founder, transitioned from cannabis remediation and safety to Top Tree Herbs with a belief that the quality controls and standards that were in the cannabis industry should be in the kratom space.

With our background in safety and education, we knew that we wanted to do something more impactful with our marketing bandwidth. Our ultimate goal is to expose people to the better, traditional way of consuming kratom as a tea. Tea bags are our tool for that job.

Thus, by promoting the return to the traditional roots of kratom consumption, we hoped to normalize kratom in the US. Hand in hand with our kratom normalization motive, is our belief that kratom marketing should focus on educating people with high quality and interesting content.

Luckily, Hamilton is always open to having a conversation with scientists about their research. Lastly, we hope that you enjoy the podcast and that you learn something new about kratom tea that you didn’t know before. 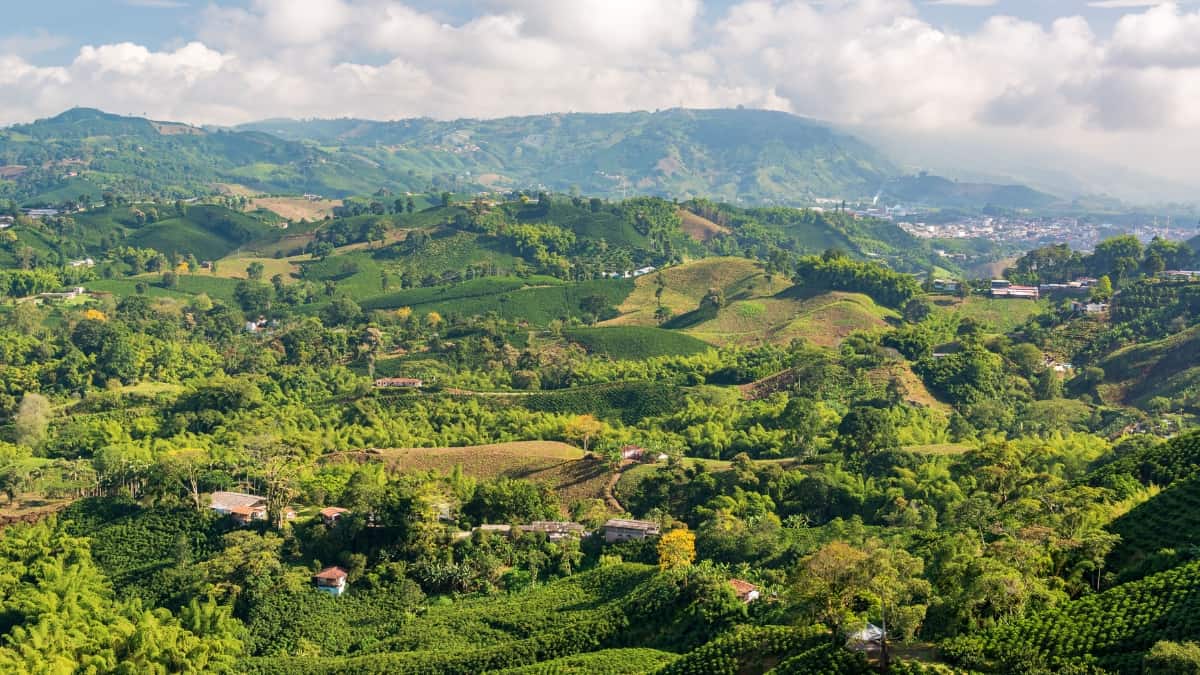 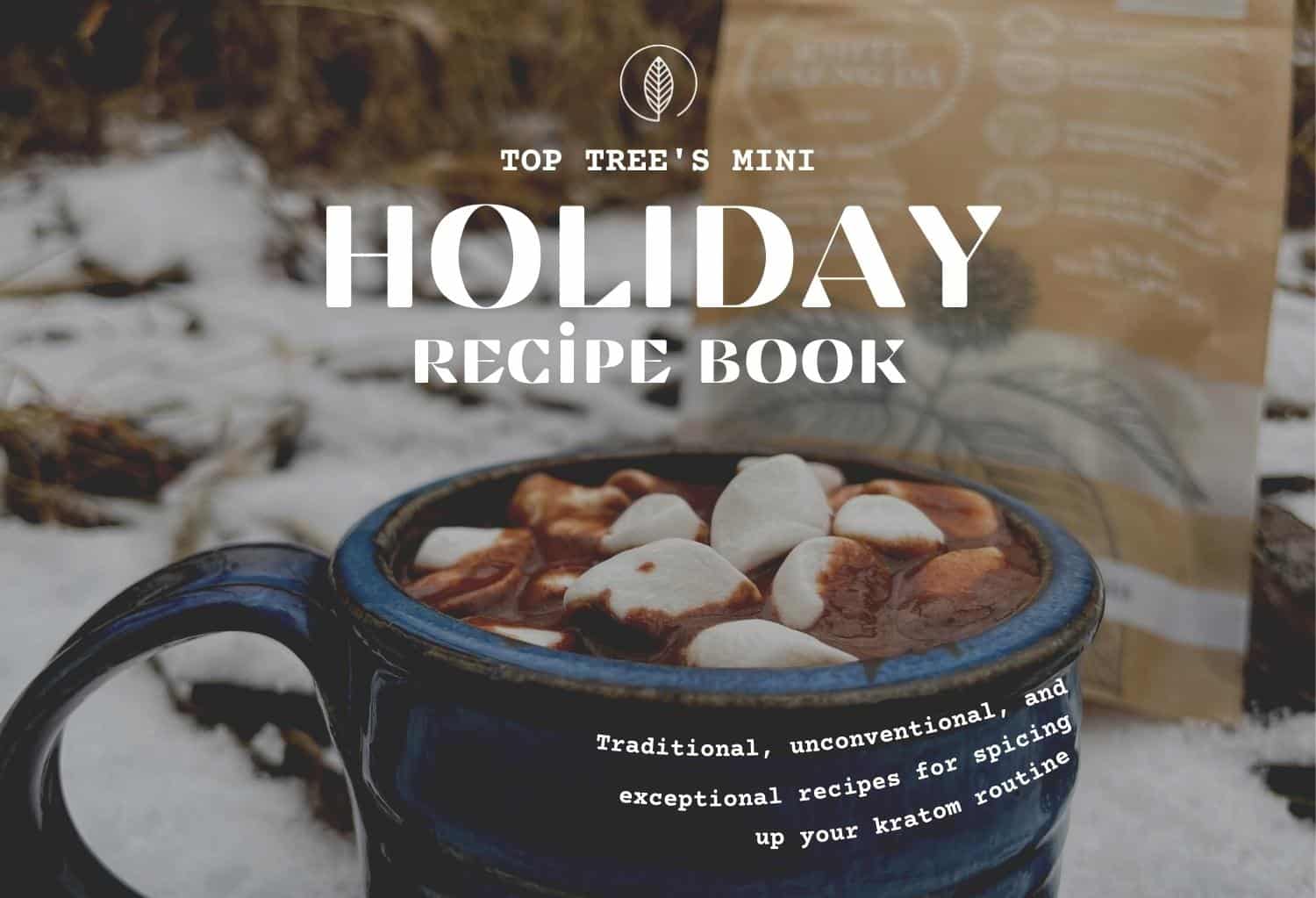 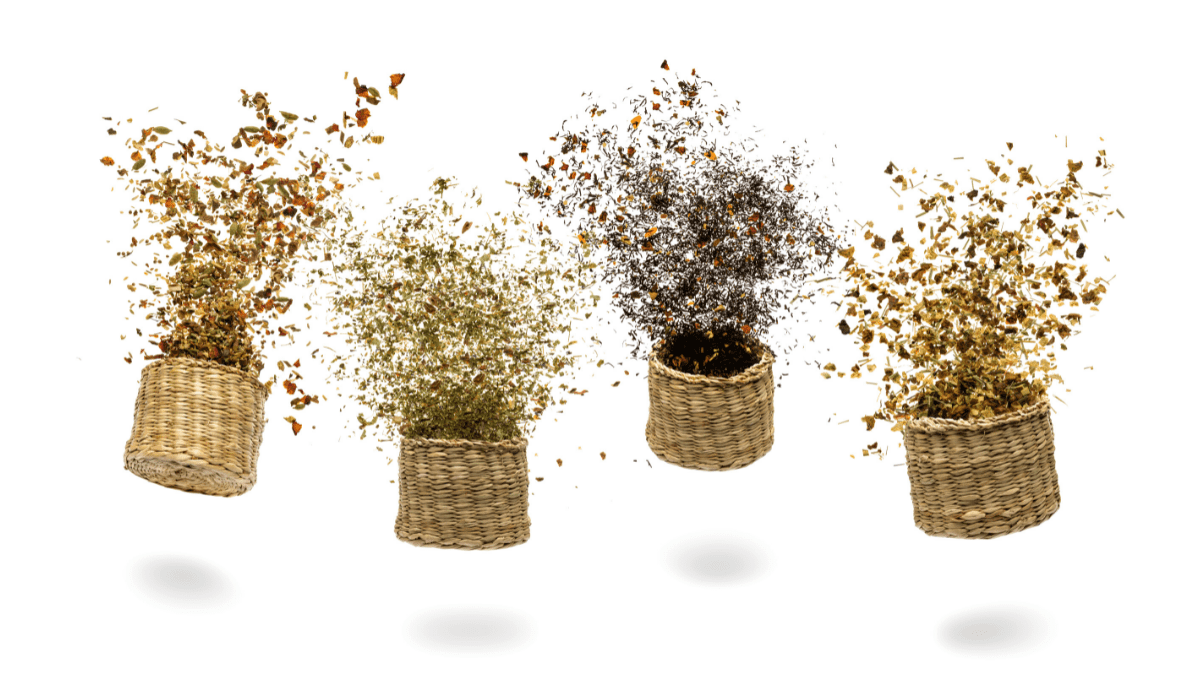 Benefits Guide: How Do I Brew The Best Kratom Tea?